Travel outside of the country

I've somehow made it 28 years on this planet without leaving this country. For the longest time, I avoided travelling internationally because the thought of getting a passport sounded so daunting.

Back in December I was talking with a coworker about travelling and he mentioned how easy it was to book his trip to Iceland. My brand of ADHD allows me to accomplish amazing feats under serious amounts of pressure. I decided the only way I was going to be able to get a passport was to put a gun to my head and race to get the passport after non-refundable tickets were already purchased.

I think it's silly to put a goal that I already know I'm going to accomplish, but the intention is to travel and experience new things. Iceland has been a dream for a few years; the landscape and black sand beaches drew me in and now the more I learn the more excited I get for it.

As someone who already likes to host dinners, I want to focus on making opportunities for different friend groups to meet. Cohesion is an important theme in my life and I love the idea of hosting big potlucks. Hosting parties is one thing but I want to focus on having more good food with great people.

I get the warm and fuzzies when people come over to my house and say they had a great time. I love to just passively observe all of my different friends who've never met before mingling; and some people make the oddest of pairings, but I love it.

An evergreen goal is to scroll less and interact more with the physical world. The other night I was lying in bed thinking about how nice it would be if I could go to a bookstore and return books after I was done.

I forgot that libraries exist.

I get overstimulated scrolling through Twitter and Tiktok and sometimes listening to murder/horror podcasts on ends starts to fray my nerves. As a fan of storytelling in general, I'm surprised that I don't put more effort into reading long-form stories likes novels.

I got into audiobooks when I was listening to various career-driven books but I quickly burned out on that. I've listened to a few non-fiction books as well but not so many fiction books. The more I think about it the more I realize that I need that sort of escape in my life.

It's a little late, but better late than never! It's a bit of a bummer that my only posts in the last year have been my review and goals for 2022 but I refuse to feel bad about that! A lot of great things happened this year. My goals for

I've thoroughly enjoyed my time off these past few weeks. The weeks leading up to the break were stressful and I was starting to get burned out (especially knowing how close I was to a 2-week break). In the last few years, I've either not taken much time off around 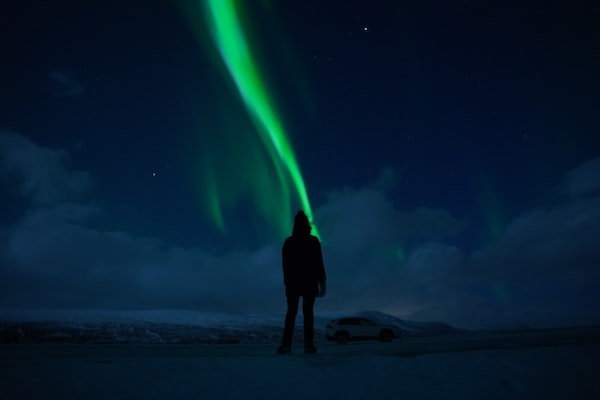 This time of year, I try to look back and reflect on my goals from the last year and set new goals for the following year. I've have got to say though... this year is a pretty hard one to reflect on. I've hit pandemic burnout. In 2020 I spent